21grams cannot and does not guarantee process times, print quality or any other contracted Service Level Agreement if the customer creates and sends unsuitable PDF documents to the iMail service.

PDFs can be quite unsuitable for the high volume variable digital printing production that is used for the iMail service.

Portable Document Format (PDF) can be produced in a great variety of ways. Depending on design choices, print drivers, programming libraries used to programmatically generated documents, tools used, settings etc. It is the responsibility of the customer to ensure that all PDF documents created from different sources such as e.g. the customer’s IT-systems, internal marketing department, external marketing bureaus etc. are suitable to be processed and produced by the iMail service.

21grams will, in the initial implementation project, or upon request from the customer when in operation, assist to analyze and verify sample PDFs. This verification needs to be performed before PDFs are sent in to the iMail production service. In this instruction, the most common problems with PDFs that are not suitable for high volume variable production are listed.

The below general guidance and restrictions shall be applied to all PDF documents sent to the service. If these restrictions are not met there is no way of guaranteeing the intended production of a document.

File size
An individual PDF document residing on disk should not exceed 5 MB each. Target size for one document should be less than 100 kB excluding font information.

Page sizes
A document sent to the service needs to be A4 portrait mode 210×297 mm. The desired representation cannot be guaranteed if page size differs from the above.

Images
No compressed images should be included. In the production process all images included in PDF documents will need to be uncompressed. This means that image compression only create smaller PDF files in transport to the iMail service. In the preprocessing and production phase of the service the processing time is increased hence decompressed images should be avoided. Images should have a resolution of 300 dpi in order to create a desired level of quality in print and digital representation. Larger image resolution will lead to increased processing times as images are converted on the fly.

Colour model
The colour model used should be CMYK where it is possible to choose. Other colour models can be used but a conversion to CMYK will be done in the production process which will increase processing time and colour representation cannot be guaranteed.

Fonts
Fonts, except BASE14 fonts, should be embedded in whole where possible. This might create bigger individual files since the whole font is a part of each PDF instance object but this will increase the effectiveness of the consolidation process and create smaller production files in the end. Sub set fonts will generate smaller fonts in transportation but will instead increase file size of consolidated production files since each document might keep their own font maps. BASE14 fonts represents a set of fonts that according to the PDF specification can be expected to exist in every target operating system.
.

The below object types shall be avoided. If sent to the service, 21grams cannot guarantee the correct processing of documents as well as the performance of the service.

There are unfortunately several drawbacks with this approach. It creates a high number of smaller images which can create problems in the production process if the total number of images gets too big for the production system to handle. Another drawback is that the algorithms used seldom create the exact same result which leads to less consolidation effects when converting several individual documents into a joint production stream.

Complex vector images
Vector images such as EPS, AI or SVG should be avoided since they require substantial processing power to be converted on the fly to a bitmap structure suitable for high volume printing. Vector images has the benefit of being able to scale but it means little in a high- volume service that require the page size A4 to use such image types since the image will never be scaled. 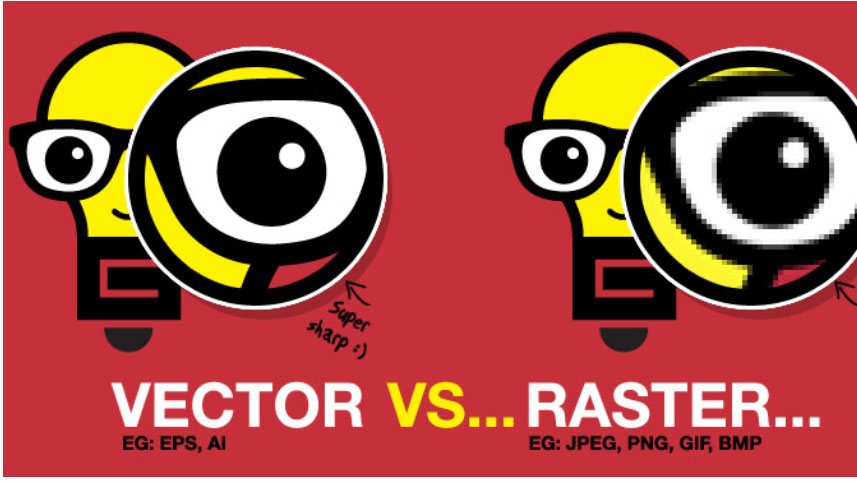 Complex vector images if found will upon arrival be converted into a bit map structure in a preprocess which might delay the production and distribution of the document. Image content should be rasterized 300 dpi image depth.

It is important that the designer either clean up the PDF resource after the export by using for example but not limited to Adobe Acrobat (preflight) or that the source document is cleaned before export to limit resources that will be present in the end product.

There are a number of PDF objects and techniques that are not supported and that will stop the production process.

Layers
Layers typically used for offset productions with separations of layers for different localizations are not supported by the production process.

Outline fonts
PostScript Type3 fonts are not supported even though the representation is similar to other fonts. Type3 is a form of outline font that represents it presentation in the form of vectors. Outlines are typically used in offset printing where the font maintain its proportions regardless of its size.

When it comes to PDF standards that are suitable for the iMail service PDF/A and PDF/X1a are recommended as these standards limit the use of objects that might alter appearance or create unnecessary conversion processes that affect transformation times. See “Choosing version and standard” for a more detailed discussion about standards and versions.

One common misunderstanding of variable data printing with full dynamic content such as printing of invoices, purchase orders, customer documents etc. is that this process is the same as offset print commonly used when creating commercial messages that are to be broadcasted to a larger audience. This misunderstanding can lead to the creation of PDF instance objects or PDF resources objects such as templates that are not optimal for high volume production print with full dynamic content.

Offset print
Offset printing is a commonly used printing technique in which the inked image is transferred (or “offset”) from a plate to a rubber blanket to the printing surface. When used in combination with the lithographic process the offset technique employs a flat image carrier on which the image to be printed obtains ink from ink rollers, while the non-printing area attracts a water-based film, keeping the non-printing areas ink-free.In order to prepare PDF resources for offset print software such as Adobe InDesign or Quark Express is often used to create layout and textual content with the desired arrangement.

Variable data print
Variable data printing is a form of digital printing, including on-demand printing, in which elements such as text, graphics and images may be changed from one printed piece to the next, without stopping or slowing down the printing process and using information from a database or external file. For example, a set of personalized letters, each with the same basic layout, can be printed with a different name and address and message content on each letter.

The iMail Service is a High volume variable data print production with full dynamic content. It’s mainly used for invoicing, creation of purchase orders, customer letters etc. Typically, these production has a much higher level of dynamics to the document where most if not all of the content are dynamic and custom tailored for the recipient. If this kind of production is infused with PDF resources that were originally created and intended for an offset process, it may cause severe performance problems. Since offset printing is a completely another technique with its own infrastructure it is vital that all PDF resources are created (or converted) to fit the fully dynamic architecture of variable data print.

It is however important not to use this pattern to the extreme where all images in one page is grouped into one big A4 size image.

Keep image resources used several times as own objects (good)
Images that appear several times in a document or in a shipment of documents for instance logo objects or other graphical objects that are used repeatedly through the document shall exist as own objects in order for resource consolidation to be effective in the production process. Examples of repeated objects can be background images or logo objects. As long as the same image resource has been used it does not matter if the object has been scaled for use in different places throughout the document.

In order to produce Portable Document Format (PDF) documents that perform according to expectations in production environments for print and electronic distribution channels documents need to be created with a set of appropriate PDF objects. The designer/creator of PDF instance objects or PDF resources objects such as templates often rely on PDF versions or PDF standards. Little do the designer/creator know that these versions contain different capabilities and standards that have been created for different purposes to limit the “endless” possibilities comprised in the page description language. No one of the current PDF standards are truly optimized for a high volume variable data print environment with fully dynamic content even though some are more suitable then others. Most graphical standards have been targeted towards the offset print industry which use different infrastructure to produce the end product than high volume variable data print environment for fully dynamic content.

The service can only handle printable objects such as text, images, simple vectors and lines. Since these objects are supported by many PDF version´s it is not possible to merely rely on a particular PDF version to which the submitted documents need to conform. As a general rule of thumb, the objects supported by the PDF version 1.3 should be supported. Unfortunately, many of the codebases used for generating PDF documents are though poor at conforming to the specification of particular PDF versions and the majority of PDF documents that list that they are conforming to a particular version do unfortunately not meet the requirements of the standard. In order to check if a document conform to a particular version software such as Adobe Acrobat (preflight), Callas pdfToolBox or PitStop Pro can be used to check the PDF documents conformance towards each standard.

Versions above PDF 1.3
It is not the version itself that guarantee if the processing of a document will be fast and reliable, it depends on the objects that are present within that version. A document with version number 1.7 can contain objects that are the same as in version 1.3. A higher version supports additional ways to present data. These additional features can be higher compression methods, more advanced representation of images such as transparency and layers. It is important to understand that the version number does not mean that advanced features are used, it merely means that it can contain these.
.

There is a number of different PDF standards created and supported by the International Organization for Standardization. Each standard has been formulated to target a specific need such as persistent archiving with PDF/A, health care specific standards such as PDF/H, engineering specific standards such as PDF/E and standards targeting the diverse set of printing environment with the standards PDF/X and PDF/VT. When it comes to PDF standards that are suitable for the iMail service we find PDF/A and PDF/X1a as the standards that limit the use of objects that might alter appearance or create unnecessary conversion processes that affect transformation times. PDF/A is a PDF standard that was originally developed for long time archive support. It is more or less based on the PDF standard 1.4 but with some additional requirements making the PDF document self-contained. The purpose of PDF/X is to facilitate graphics exchange, and it therefore has a series of printing related requirements which do not apply to standard PDF files. For example, in PDF/X-1a all fonts need to be embedded and all images need to be CMYK or spot colors.